Next up in our interview series with Darkhaven guild leaders is Lusa Voldaren of Non Verbal Persuasion [NVP]. [NVP] is one of Darkhaven’s faster-growing guilds, with intense member focus on PVE, WvW, and even GvG. The [NVP] leadership – especially Lusa – is very active across the multiple channels that comprise the Darkhaven community. From our forums, to [NVP]’s guild Twitter, to our Facebook groups, and of course our Teamspeak, Lusa and NVP are everywhere, making them one of our community’s most helpful and contributing guilds. 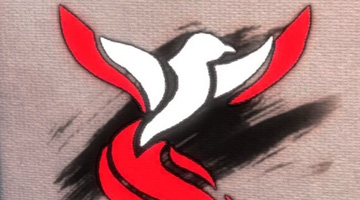 Provide some insight for players who may be wanting to start a guild and tell us how [NVP] came to be.

A lot of the original members were in a guild called Soul Force where the leadership was, in our opinion, less than favoragle. So we formed Non Verbal Persuasion [NVP] with the intent of becoming a fun and relaxed guild that gets things done without drama, and without leaving players behind. As long as you speak up, you will not be ignored. Above all, we encourage members to make friends in our family, and of course to have fun.

What is the secret to growing a small guild into a large one like [NVP]?

The officers. I would not be where I am without them. Every officer has their own specific job to do in the guild. We talk outside of game on a day to day basis just to make sure we are all still on the same page.

it’s great that you give your officers so much credit. A sign of a good leader, most would say. As far as actual combat and gameplay goes, what would you say is your guild’s biggest achievement?

We are a Darkhaven non-elitist guild. We do everything from WvW, PvP, PvE, world events and all guild missions. We also have been doing guild missions since they came out and have them down pretty well.

A lot of guilds do the same things – leveling, events, missions, etc. But what would you say makes [NVP] most different from other guilds?

Our unofficial rule of thumb is this: if you finish your 3 gifts for your legendary, we will do whatever we can to help you with your precursor. We also have some great guild games like Lusa Says, Red Light Green light, and some others. We usually do spectacular giveaways within the guild and try to reward our members with things they actually need.

Any goals for [NVP] in the near or foreseeable future?

We really would like to strengthen our GvG team. We are currently working closely with other Darkhaven guilds on proper builds and mechanics to make us more efficient.

[NVP] recently hosted Paul Ella for the adopt-a-dev progam. What it was like having Paul play with you guys? What did you learn from him?

Paul was great. He made the whole guild feel like part of the Anet team. He would listen to our rants and raves and provide excellent insight on why things are certain ways and what the Anet staff’s thought process is like. It was also a lot of fun helping him finish his Legendary. If ressing a Dev got you an achievement point title, the whole guild would have it by now.

Hah – yes, Paul did tell us that the Anet Tag comes at such a price. You guys have absorbed the guilds QuikLoad [LOAD] and Second Leap [SL] guild (which was also a featured guild). What’s the story there, and how will it change the structure and focus of NVP?

Leaders of both guilds were interested in taking extended breaks from the game. Regarding LOAD – we used to run missions at the same time as them, so we got to know each other quickly. SL’s s leader was friends with one of my officers, but has heard the name NVP for as long as she could remember. Our members are always courteous and helpful, which I believe is what made us good candidates for their members to call home. All officers and members are given ranks equal to what they had in their previous guild.