Next up in our interview series with Darkhaven guild leaders is Catealyn from Second Leap [SL]. SL members can be found all over Guild Wars 2, and they’re always helpful and courteous, and their dedication to Darkhaven and Guild Wars 2 is evident in their participation on forums and Facebook groups. Here’s what Catealyn has to say about Second Leap! 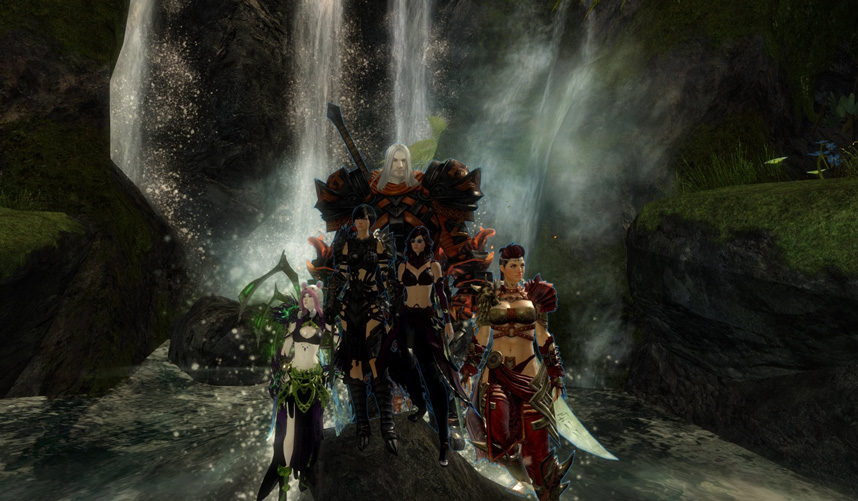 Is there a meaning behind name Second Leap?
The guild name has a strong meaning to me, and it represents some of my experiences in life. It means a second leap of faith, a second chance, making the extra effort, and never giving up. A dear friend who has really inspired me once wrote “never look down on someone unless you are helping them up.”
I have foremost build this guild on respect and helping out your fellow guildie. Our guildies call SL “home”, “family”, “fun”, “teamwork”, “relaxed”, and “helpful”. I am proud of the guild and what it has become.

Tell us how SL came to be and what insight you might have for players who may want to start a guild.
In August 2013, I created Second Leap [SL] for an extra bank, and to have a guild tag so that no one would bother me. I had made a hard decision in leaving a guild that I had been with for a long time, and was looking to gain my own ground in the game. It was at this time a previous guildie approached me and begged me to join the guild. I refused him and stated that it was not going to be an active guild but he was persistent. After him, I gained confidence to go on a recruiting quest. Others that I once knew came asking to join, and it has just seemed meant to be.

As far as any advise I might have for others wanting to start a guild, I would have to say be prepared for the best times, new challenges, fatigue, making new friends and perhaps some enemies along the way, learning patience, and that rejection is ok. It is a roller coaster but well worth the ride.

What is the secret to growing a guild like SL?
Persistence, patience, and showing that you truly are interested in the person not their number for your guild. Take time when chatting with people so you both get a feel for each other and if the fit is right. I personally have recruited most of our members.

I do not map spam our guild. Our name became known by recruiting, word of mouth, and our website. I have used websites and chat with a lot of random people. Sure it may take a little while, but after 1 month after I created the guild we had 40 guildies. Persistence!

As far as actual combat and game play goes, what would you say is your guild’s biggest achievement?
We completed a Tier I Guild Bounty with only 4 people. No matter how many people we have on any given day, we work together as a guild and we do not like to give up. 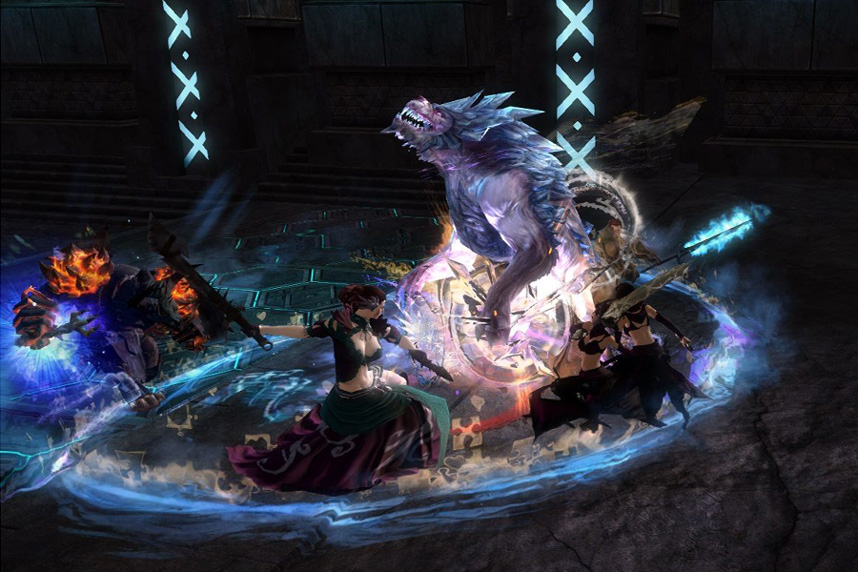 A lot of guilds do the same things – leveling, events, missions, etc. What would you say makes SL most different from other guilds?
Two things, a sense of home with those who will respect you and we teach. We teach all dungeons, and we are in the process of recording videos of how to do them. We encourage all of our guildies to try out dungeons with us and not pug. No matter if they are minimum level characters or a specific class, everyone should have a chance to play, learn, and enjoy the game.

Any goals for SL in the near or foreseeable future?
We have many things we are planning and looking forward to. More guild events, pvp in our new arena, temple runs, and more. I wouldn’t be fair to list them all here since they are still a surprise for our guildies.

Are you currently recruiting?
We are not actively recruiting due to the current number of requests we are getting and the plans we have for the guild. It is not a closed topic for the future. However, if you ask or apply then we will chat with you to see if we both are a good fit.