Next up in our interview series with Darkhaven guild leaders is with Boxy Frown from Shattered Darkness [DARK]. I was really excited when Boxy agreed to talk about her guild because – c’mon, it’s DARK! – you’ve seen them everywhere, and they’re always super cool people to play with.

So, there has to be something different about DARK to make them so cool, right? Yes, and according to Boxy, that something is boobs.

Remember to visit the Darkhaven guilds page for information and contacts if you want to join DARK, or visit them at www.shattereddarkness-dh.com. 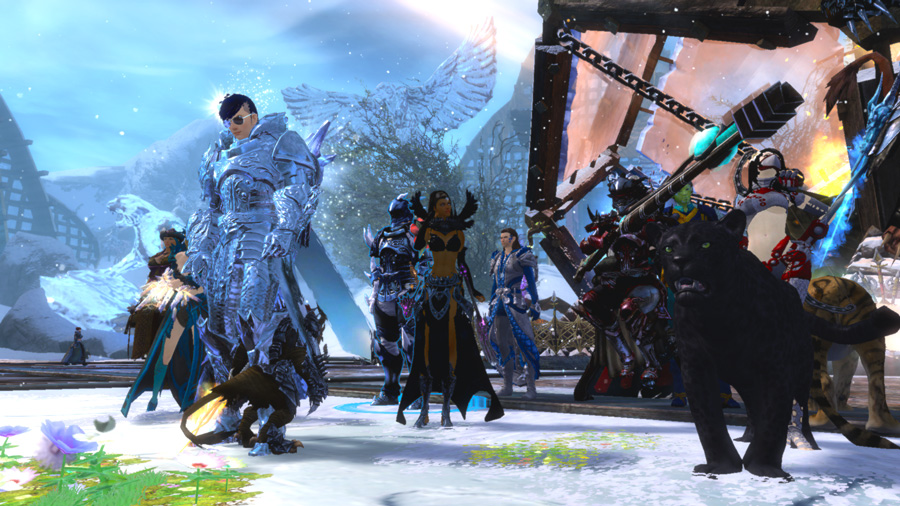 1) Provide some insight for players who may be wanting to start a guild and tell us how DARK came to be?
[Boxy Frown]: Shattered Darkness [DARK] has been around since before Beta and is a cross-mmporg guild/group with chapters across several gaming platforms. Started by its original leader Danno Awesomeface and a few in between, we’ve been around since and intend to be for a very long time!

2) What is the secret to growing a small guild into a large one like DARK?
[Boxy Frown]: Is there a secret to it? We’re still learning together, everyday. Hard work, dedication to the guild and most importantly, to its people. We have, as a guild, seen some challenges but with the right mix of people… friends amongst us, even the most difficult of struggles were fairly easy to overcome. 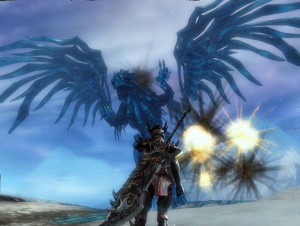 3) As far as actual combat and gameplay goes, what would you say is your guild’s biggest achievement?
[Boxy Frown]: Hm… Tough call. I’m hugely proud of our players and what they EACH accomplish on a daily basis. I have been lucky enough, as one of a few guild leaders in the long history of DARK, to have run with most of my guildies on a one-on-one basis at some point or other – whether in dungeon or leading temples/world bosses. I’ve been lucky enough to watch our players grow into seasoned vets running WvW and PvE zergs. In-game, we are a strong group but as a guild leader, I have seen the individual accomplishments of our people as our greatest achievement. 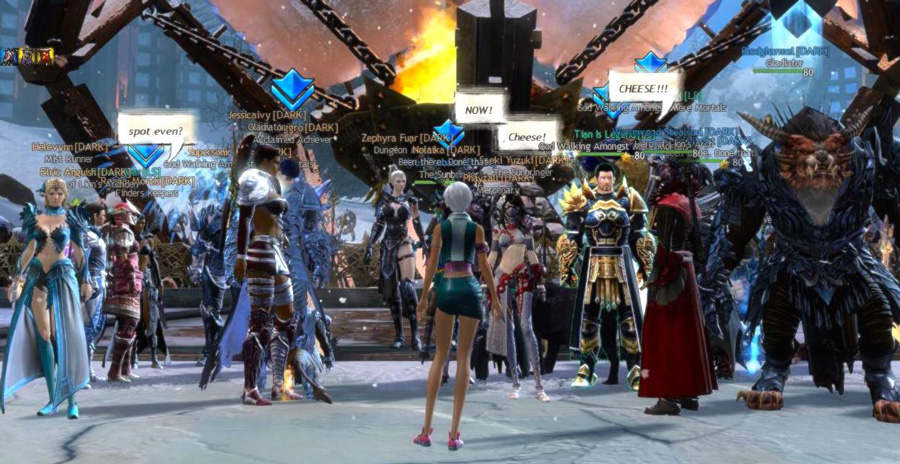 4) A lot of guilds do the same things – leveling, events, missions, etc. But what would you say makes DARK most different from other guilds?
[Boxy Frown]: I’ve been in many guilds prior to DARK. Never have I been in one that has been more like a huge, dysfunctional, lovable mess of a family as this one. Like most large guilds, DARK has seen its struggles and changes over time but we move on and forward. We are… a family. A true community. Good friends. I think it’s our mission statement, it’s what we stand for that keeps us together and strong.

The members of Shattered Darkness [DARK] work together to cultivate a friendly, helpful, fun community for Guild Wars 2. Founded in the spirit of a small guild—in which every community member is valued equally. No matter how large we grow, this is the spirit we strive to uphold.
We are committed to the following tenets:
1. That inclusiveness, openness, and generosity are superior to exclusivity, elitism, and selfishness.
2. That flexible, personal interaction is superior to rigid, impersonal delegation.
3. That commitment to our community is to be encouraged, recognized, and rewarded.
4. That the best way to play the game is the way that leads to the most fun and satisfaction for everyone in the community.
5. Boobs. 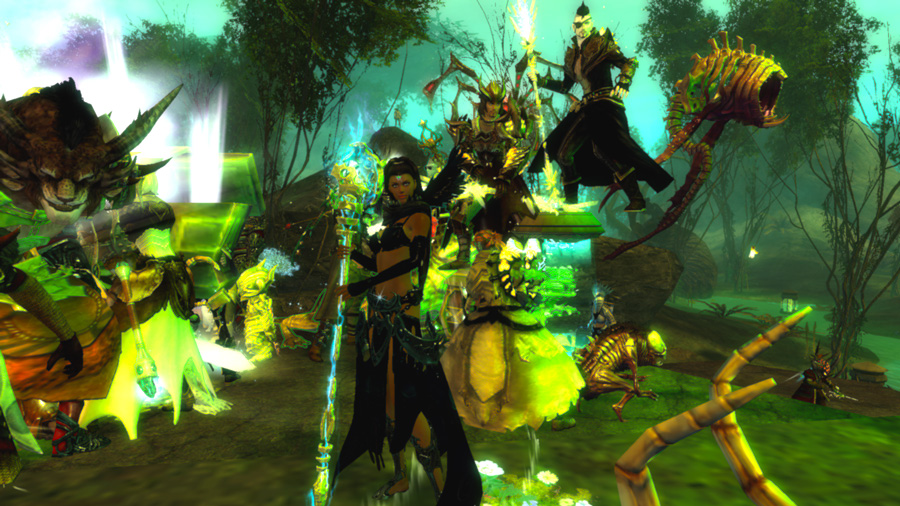 5) Any goals for DARK in the near or foreseeable future?
[Boxy Frown]: We’re currently recruiting and moving toward a joint-effort leadership and are stoked about it. We are also in the midst of forming some really strong alliances with other Darkhaven guilds. It’s an exciting time in DARK. Always.