You are here: Home / Interviews / Guild Leader Interview: Scathac and Raphia from RTH

Next up in our interview series with Darkhaven guild leaders is with Scathac and Raphia from Royal Tyrian Highlanders [RTH]. RTH members can be found all over Guild Wars 2 and WvW, as well as all over North America. Remember to visit the Darkhaven guilds page for information and contacts if you want to join RTH. Now, here’s what the two have to say about RTH! 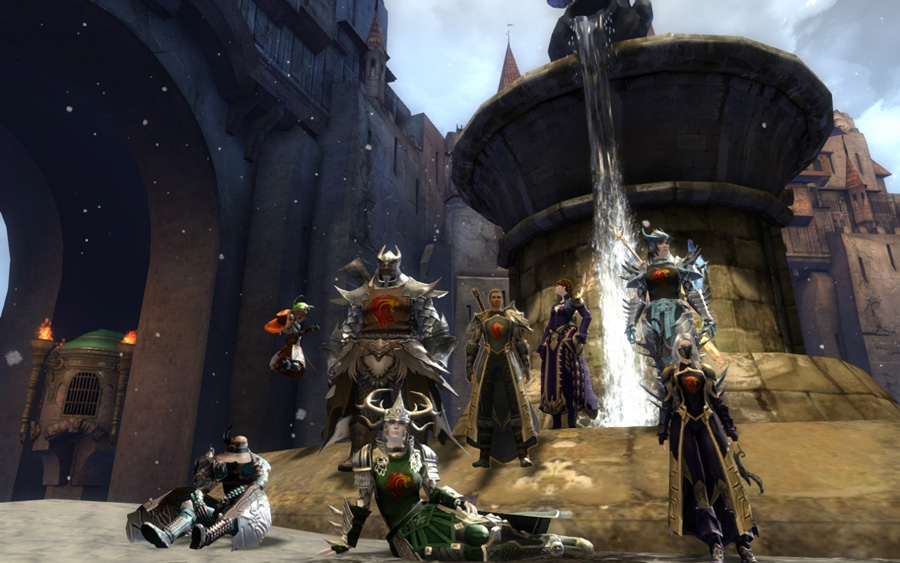 Is there a meaning behind [RTH]?
[Raphia]: Actually, the name was a compromise: Zen Nightwing and Scathac each had a guild name idea that they were quite eager to adopt, but each of them disliked the other’s choice. Zen wanted more of a Canthan theme, while Scathac wanted more of a Gaelic/Celtic theme. I suggested we call ourselves the Royal Tyrian Highlanders as a compromise. Each of them agreed that it was more acceptable than the other’s favourite choice, so that’s the name we ended up using.

[Scathac]: Privately I thought that the letters looked pretty good together as well, not that it really changed my answer at all.

Author note: Zen Nightwing was one of my favorite WvW commanders. I learned a lot from him, and Darkhaven won a lot of battles and skirmishes that other commanders may not have won, or even led us into in the first place. – Clara Fee

Tell us how [RTH] came to be and what insight you might have for players who may want to start a guild.
[Raphia]: We had intended to move our Guild Wars 1 guild and alliance as a whole into Guild Wars 2, but with so many people unable to get into their first, second, or even third choice of servers during the beta weekends, and then at launch, we ended up with the original guild/alliance members who came to GW2 spread across a dozen different worlds. In GW 1, we were the Nightwing Coven, with Zen Nightwing as the guild leader and Scathac and Raphia as the deputy leaders. After an unfortunate period where Zen was unable to get into game for an extended period due to real life reasons, we decided to form our new guild with a triumvirate leadership, so the guild wouldn’t have the same problem recur.

[Scathac]: As far as creating your own guild, don’t create one just as a way of creating a cult of personality. There’s a lot to do in this game, and you should always put your members first, meaning you need to be willing to take time out of what you planned to do, to make sure your members get their accomplishments done. I’d been leading guilds for a while before joining the guild in GW, and I tried to apply the same philosophy from my previous guilds to [TNC], and as a result, [RTH]. And a final tip, in a game where there’s no real way of validating one’s concerns about character or past, trust your gut when recruiting. No matter how much you think you’re desperate for a recruit, if someone messages you who just rubs you the wrong way, they probably won’t be a good fit in your guild.

What is the secret to growing a guild like [RTH]?
[Raphia]: If there’s a secret, we haven’t found it yet.

[Scathac]: Don’t feed it after midnight! 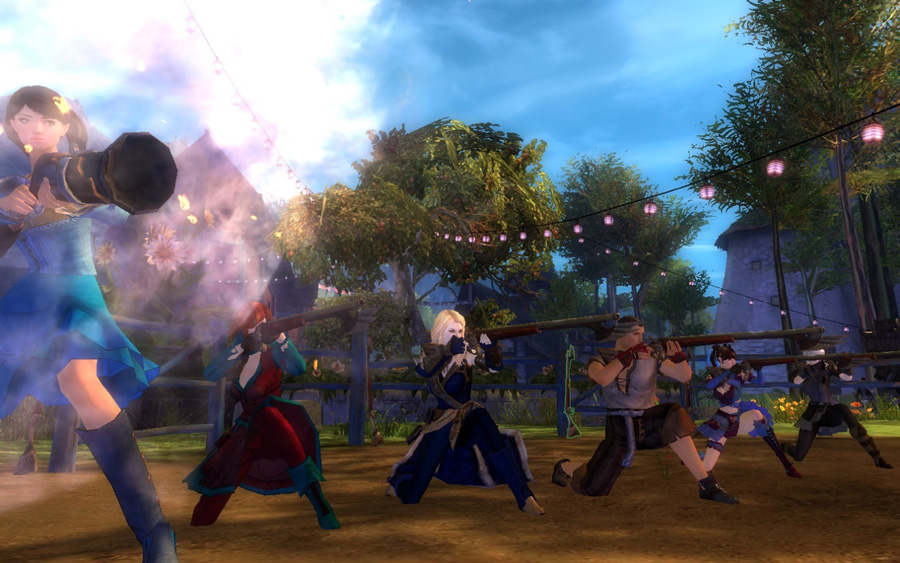 As far as actual combat and game play goes, what would you say is your guild’s biggest achievement?
[Raphia]: Probably the thing we’re most recognized for in the Darkhaven community is our work defending the DH borderlands in WvW. It may not be the path to riches in WvW, but we’ve been proud to defend our server from the very beginning. Zen was one of our constant WvW commanders until he left for ESO, and since then Daarkfalcon, Scathac, and Garran have been carrying the commanding torch for RTH. 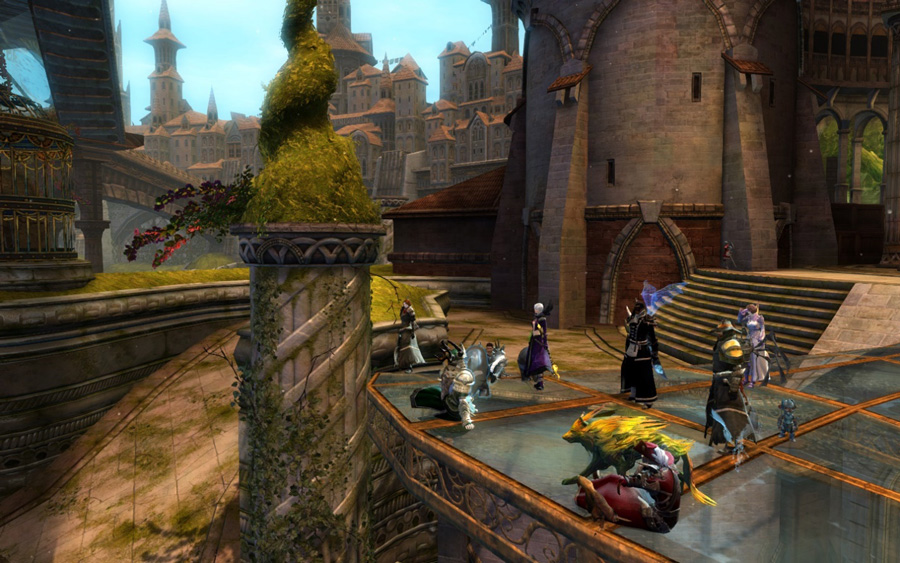 A lot of guilds do the same things – leveling, events, missions, etc. What would you say makes [RTH] most different from other guilds?
[Raphia]: We don’t insist on full-time representation for our members, because we recognize that some activities like Tequatl are better/easier/more fun if there are guilds who focus specifically on that. We characterize ourselves as being a non-hardcore guild, and we try to avoid drama as much as we can. Our members are welcome to try different things, and we strive to provide help whenever anyone speaks up about needing assistance with whatever they’re up against (personal story, dungeons, exploring, levelling, etc.). 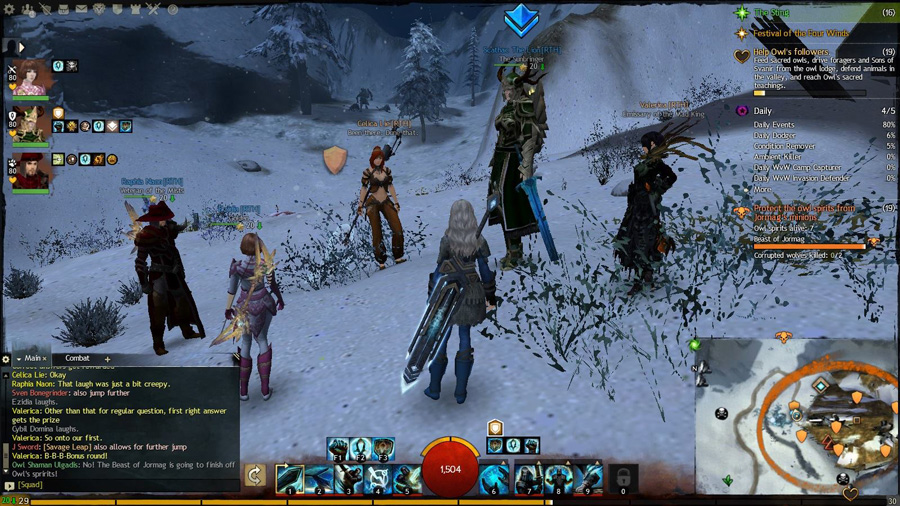 Any goals for [RTH] in the near or foreseeable future?
[Raphia]: Our goals are not hard-and-fast, gotta-do-this/gotta-do-that notions. We each had great experiences as beginning players in guilds that were welcoming and supportive, without being suffocating. That’s what we hope RTH is for our own members. 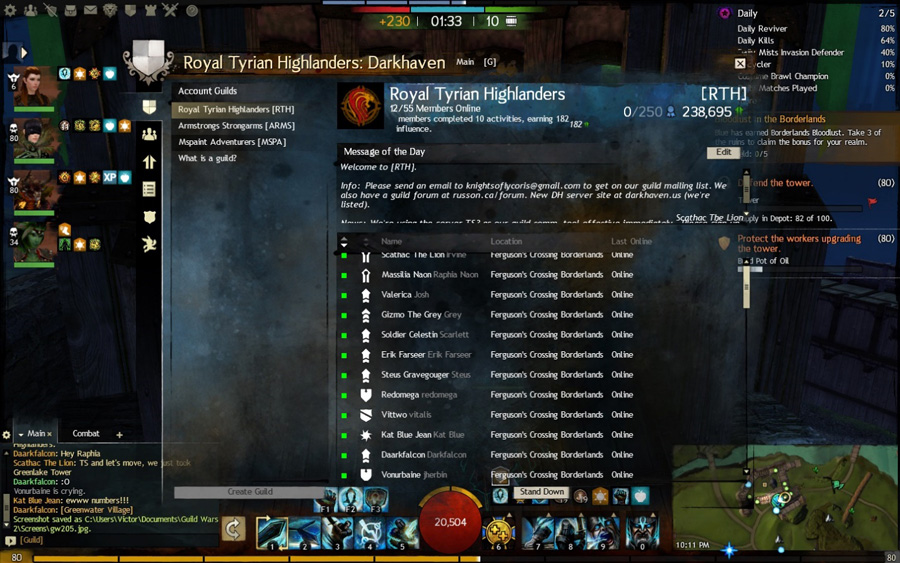 Are you currently recruiting?
[Raphia]: Always, but not intensively. We don’t want raw numbers … we want players who’ll stick around, help out where needed, and (ideally) become better players without needing to stress themselves out about it.

[Scathac]: If you’re interested though, anyone reading this is welcome to join us, we’ll definitely make it worth your while!