Wow! Add “incredibly creative and skilled artists” to the list of great things that the Darkhaven community has going for it. May I direct your attention to the following piece of evidence – a creation-in-progress by Guild Wars 2 Darkhaven player Ting Siu Ip: 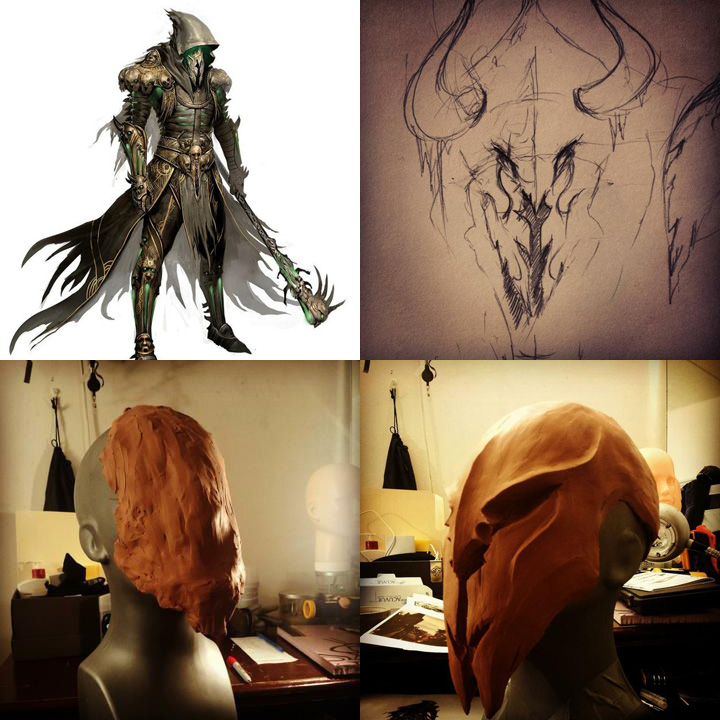 Ting shared this on the Darkhaven Facebook Page on Friday, July 4th 2014. And guess what? He started the project on Monday June 30th! I had to know more, and Ting was nice enough to take some time out of his IRL crafting to share some more information.

I was relieved to learn that Ting has had a great artistic ability his whole life, before he got into engineering; otherwise the idea of him creating this Grenth headpiece in 5 days with no prior training would have blown my mind.

He used that inherent artistic ability last year to create his first Guild Wars 2 cosply, Mad King Thorn. Check it out below! 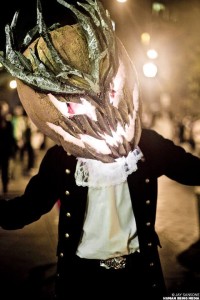 As for the Grenth project that Ting is working on, Ting contacted the artist of the drawing you see, former Guild Wars 2 Lead Concept Artist Kekai Kotaki, for inspiration. The next step: start the project! Not only is Ting making an awesome Grenth headpiece but he plans to go all the way with a full costume, complete with green LED’s inserted into the pieces. 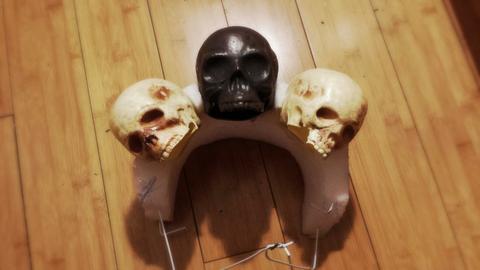 Ting says would like to have it done around the first week of August – an ambitious project given that he only started a few days ago. Nevertheless, he is well on the way to having an impressive cosplay completed by Halloween so he can “scare the living daylights out of anyone [he] can” and bring Grenth’s Touch to New York City.

We’re all going to be following Ting’s progress on his Photobucket feed and his growing imgur gallery, and I suggest you do the same!