You are here: Home / Featured Article / Opinion: Why Read the Wind is a Great Trait 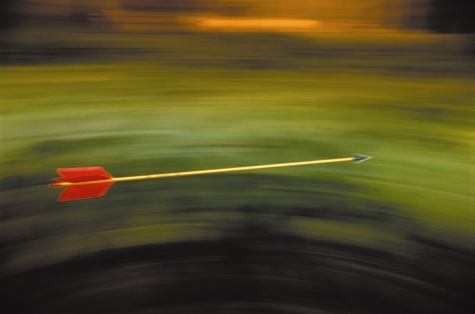 Part of the big Guild Wars 2 April Feature Pack was the addition of 40 new Grandmaster traits, one of which – Read the Wind – is a throwback to the original Guild Wars skill of the same name. Cheers and applause!? No, just lots of griefing from people who can’t wrap their heads around it.

So first thing’s first: haters gonna hate. That said, let’s take a look at some of the feedback on the new Read the Wind trait.

Much hate. So misunderstand.

“This shouldn’t be a grandmaster trait. This is a basic fix.”

Really, genius? If it’s a fix, then why weren’t you reporting a bug back in August 2012? How many of you submitted this slow Longbow bug: “i jus wanted to tell u that teh longbow is broken. the arows shud move faster. kthx” NONE of you. So stop saying it should be a fix, because there was no bug!

The fact that some people think this should be viewed as a fix means that they want faster arrows. Right? So doesn’t that mean they should like the trait too?

“The arrow speed should be increased as a bug / QoL fix NOT a grandmaster trait.”

Again, everyone wants the good stuff for free, right? I have an idea, let’s make a Guardian Grandmaster trait that causes knockdown on Mighty Blow. Then, after we all decide that it’s awesome, let’s bitch about it and say that it should be implemented as a bug fix, not a Grandmaster trait. /eyeroll

“Complete waste of a GM trait.”

Yeah, because Signet of the Beastmaster and Remorseless are, like, soooo awesome, right? By all means – let’s NOT introduce a Grandmaster trait in the Marksmanship line that actually has something to do with arrows flying through the air! ugh.

“Read the Wind completely obsoletes Eagle Eye as the increased projectile speed makes it so that your attacks can actually travel just about the same distance as Eagle Eye’s increased range.”

In case my sarcasm doesn’t jump out at you, I think these are all inaccurate statements. Sure, they’re valid opinions, but I don’t think they were reached with an understanding of why this trait was implemented and what its true power is.

Why is Read the Wind awesome, and how does it increase damage so much? Well actually, it helps to limit the cases in which you lose damage over time when your arrows miss a moving target. Here’s an example that any Ranger can understand:

Let’s say you’re auto-attacking with Longbow from from a distance, so say you’re consistently critting and hitting for about 2500 damage per hit. You with me so far?

Let’s also say that you’re attacking and hitting about once per second.

If an enemy moves perpendicular to you or strafes around you, and you miss two shots out of five, then you miss out on inflicting 5000 points of damage in 5 seconds – because 2500 x 2 = 5000. Derp. And let’s be realistic – no matter how skilled you are as a Ranger, you’re going to miss some longbow shots due to enemy movement.

The red player (Ranger) consistently misses a moving target because of the slow longbow arrows. Read the Wind speeds them up so they hit.

No other trait can potentially add that much damage (or rather prevent you from losing that much damage) in such a small amount of time. 5000 damage in 2 seconds!? Let’s see your conditions traits do that!

And it’s FREE damage!
It isn’t dependent on other skills.
It doesn’t have a cooldown.
It doesn’t depend on swapping weapons, or dealing with your stupid pet, or any other circumstance.
And you can’t wash it away with condition removal.
Win. Period.

If you’re hitting high numbers with your longbow, anything you can do to significantly decrease the chance of missing is going to make an enormous difference in your DPS. And Read the Wind does just that – it significantly decreases the instances in which you miss a moving target. That is how it adds so much damage to your total output over time.

Not convinced? Meet me in WvW and see how well your Longbow dodging abilities serve you when I have Read the Wind slotted. You’ll be seeing grey and clicking for waypoints in no time.

One Ranger who knows what up put it simply, and I agree:

Read the Wind is wrecking face in PVP. Don’t understand what you’re so upset about.